The Many Watsons – Charles Simon

Sherlock Holmes by Anton Productions is a low budget film that can be seen on You Tube at http://www.youtube.com/watch?v=0iad2dYsD7c&feature=related. Just because it is low budget does not mean it is not worth viewing. It is a remake of the Rathbone – Bruce film “The Woman in Green”. The time frame is updated to today. There are good moments in the film and there are a few added turns of a phrase that are worth hearing. The film is worth an hours watch on the computer. 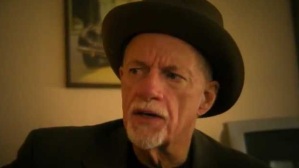 I admit I had a tough time getting through the first ten minutes. Inspector Gregson wearing his fedora backwards on the back of his head is really distracting as is Moriarty in a Zoot Suit (I think he’s trying to be the Godfather but I’m not sure.) The delivery of almost all the players is stilted. Kevin Glaser plays the part of Sherlock Holmes.  Glaser almost never removes the pipe or takes off the newsboy hat and the delivery is flat. The movie is like watching a Single A ball team, all the bases are covered but the game just isn’t going well. I had the feeling that another weeks practice and the game would go great. There are two exceptions: Watson and Moriarty.

Watson was played by Charles Simon. According to the IMDB data base this is Simon’s only outing in the film industry. He, of all the actors, appeared the most relaxed and natural in front of the camera. Perhaps he has quite a bit of amateur theater work. I don’t know since there is almost no information available beyond his name. While he comes nowhere near the quality of men like Burke at least he plays the game fairly straight forward. Daniel Rios plays Moriarty and also does a good job with the part. Sometimes it is hard to get the preconceived notions out of ones head as to what all the characters should look like or how they should act or react and allow for other interpretations. 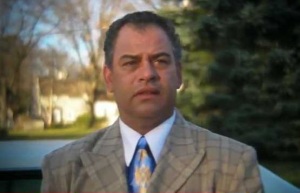 After watching this film I had to go pull out my copy of The Woman in Green and re-watch. This, of course, led to a 14 hour marathon of Rathbone films. Fortunately, my wife is a tolerant person.