The many Watsons – Alan Cox

I’m not sure how anyone can not like Young Sherlock Holmes though I’ve read some less than favorable reviews. It’s definitely not canonical but it is great fun. In the 1860’s a young Sherlock Holmes and John Watson meet in a London boarding school. Sherlock is played by Nicholas Rowe who is also well known in TV. The future Doctor is played by Alan Cox. The movie was the proving ground for Spielberg’s computer generated special effects revolution in movie making. In one scene the image of a knight in a stained glass window “comes to life” attacking a cleric who has been poisoned by a hallucinogenic drug. The entire scene was done by computer.

The story of young Sherlock explains much about Holmes: his violin playing, his pipe, his inverness coat, his deerstalker hat and his decision not to deal with the fairer sex. In the course of the movie Holmes and Watson must solve a mystery involving the deaths of a group of old men who once tried to build a hotel in Egypt. They are drawn into a tale of secret societies, a pyramid in London’s factory area and the rise of the man who would be Holmes’ greatest adversary.

Watson, while initially an indecisive, meek character from the country becomes critical to the solution to the mystery. He also will, through his own deductive reasoning, save Holmes from a sure death and foil the antagonists plot. He becomes the Watson of action.

Nigel Stock who we discussed earlier as a portrayer of Watson plays Sherlock’s mentor (and victim of the bad guy) Professor Waxflatter. 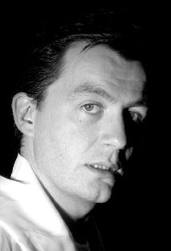 Alan Cox did a super job playing the transition from mild child to action oriented teenager. Born 6 August 1970 he was about 15 when he made Young Sherlock but he was already a veteran actor having appeared on TV as early as 1976. He had at least 8 other credits before coming on the set of Young Sherlock.

Cox has not limited himself to TV and movies (although through 2011 he has 38 titles to his credit). He has also worked on the boards, appearing in works by Shakespeare, Ibsen  and Mortimer. Cox comes from an acting family, his father being Brian Cox.